Did your child get their exercise in today? 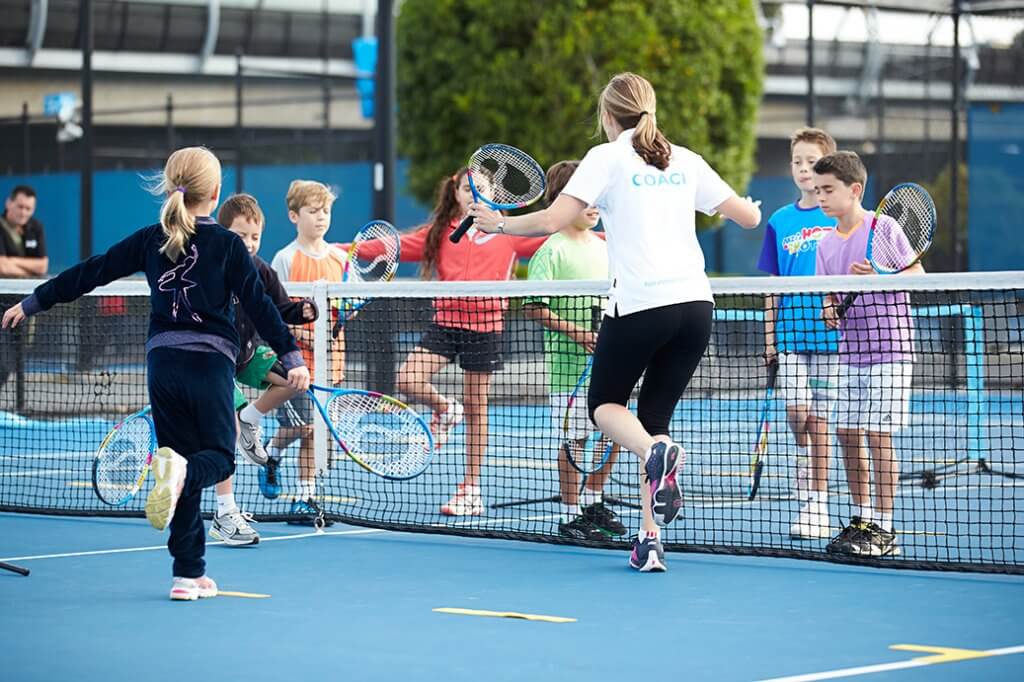 The physical benefits of regular exercise for children is well researched and documented – Improved bone density, muscle strength, better cardiovascular system and superior motor skills.  However, according to experts, exercise not only impacts a child’s physical health but also their ability to learn, concentrate, adapt to new tasks and their overall mental health. Just one hour per day spent doing physical activity has been shown to have a decidedly positive effect on children’s happiness, attentiveness and cognitive outcomes.  So what did your children do before school this morning?

Research shows a supervised exercise program, such as tennis coaching, that gets young children running and playing for an hour before or after school will not only make them physically fitter and stronger but could also make them happier and concentrate better according to dozens of studies conducted in the area.

Can exercise make your child happier?

In 2009, a group of Massachusetts parents organised a before-school exercise program that went for one hour twice to three times per week.  They chose mornings as it was convenient for working parents and also didn’t displace any other organised after-school sporting activities.

The program ended up being expanded to 24 schools and the impacts of the program were measured by Harvard researchers.  As well as physical improvements researchers noted, compared to a control group, students participating in the before-school exercise program reported feeling deeper social connections with friends, more energy and a greater happiness and satisfaction with life.

How about tennis before school?

After school exercise has also been shown to help kids better focus and learn.  One study involved 7-9 year olds and showed children enrolled in  approximately 1 hour of after-school exercise showed improvements in solving tasks that taxed executive control and working memory while the children in the control group, not involved in the exercise program, did not.   Another large randomised study of more than 220 school children also had kids participating in 1 hour of after-school exercise.  The children that exercised performed better on tests of focus and cognitive flexibility.

Any exercise is fine – Just commit!

Obviously not all children are the same and perhaps more work needs to be done to conclusively argue how much and what type of exercise helps children perform better in school.  However, according to Dr Gwen Dewar from Parenting Science, “The results aren’t “mixed” in the sense that we don’t know if exercise is good or bad for the brain.  Clearly (exercise), it’s good for the brain.”  Researchers conducted a meta-analysis of 59 studies published over more than 50 years. The evidence shows physical activity has a positive effect on children’s achievement and cognitive outcomes.  There is no evidence to the contrary, which is amazing if you consider that time spent by children in exercise, could be argued is time diverted from academic study.

Despite the benefits, physical activity among children in most of the developed world has been on a steep decline for decades.  Safety concerns, crammed academic schedules, the commitments of working parents and the logistical issues caused by traffic congestion have all played a part.  With this in mind, Tennis For Kids runs programs immediately before school and immediately after school, on location at school.  This means no more fighting morning traffic or having to leave work early to help ensure your child gets the exercise they need to not only develop physically but help them reach their full potentially academically.

Anthony has coached children from the age of 3 years old right through to touring professionals and held a number of different management roles including the Director of Tennis at the Queensland Tennis Centre. Through Tennis For Kids, Anthony and his team of coaches pass on their knowledge, experience and love of tennis to children across Brisbane.